Rabia Zuberi, founder of the Karachi School of Art, died on Sunday.

Rabia was Pakistan’s pioneering female sculptor, recipient of numerous national awards for art, including the President’s Pride of Performance and the Lifetime Achievement Award.

Rabia Zuberi has dedicated her life to art and artistic education.

She established Karachi’s first art school, the Karachi School of Art (KSA) in 1965.

Rabia Zuberi has the honor of being Pakistan’s first female sculptor.

Rabia Zuberi dedicated her life to art education from Lucknow College of Arts and Arts Education in Pakistan and after graduating in 1963 she settled in Karachi.

In India, Rabia received the high honor of sculpture at the National Youth Art Exhibitions held in Calcutta and New Delhi in 1961, 1962 and 1963.

In Pakistan, the changes in Rabia’s life found a mirror image in her maturing work.

In 2003, she received the Lifetime Achievement Award from the National Arts Council of Pakistan.

The announcement of his sad demise was also shared by KSA. 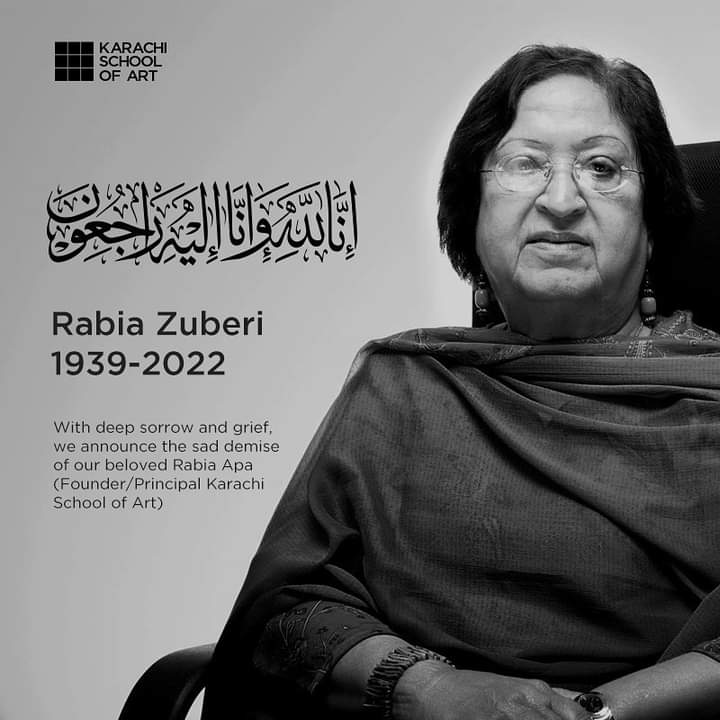 Rabia Zuberi has been one of the leaders of modern art in Pakistan with her brilliant work on themes such as human anatomy, gender issues, modernity, humanism and peace.

She expressed abstract thought and feeling in form.

In the 1970s, she began to research human anatomy by working with a simplified form referring to abstraction.

She had created dynamic works that revolved around humanistic ideas, using mediums like fiber, terracotta and metal to name a few.

Following the news, tributes and condolences are pouring in on social media.

Thirty-eight-year-old Damian Cunningham has no formal training in art, but residents of his Point Hill community of St Catherine are convinced that when he paints he produces work that can rival any what other artist in the world. Many who know him believe it is only a matter of time before Cunningham’s work puts him […]

Photo: Angelina Castillo Nashville artist Benji Anderson was painting a huge mandala-like mural on the floor of the Elephant Gallery in North Nashville when the 30th edition of the Outsider Art Fair opened in New York. Annie Armstrong covered the opening of the show for Artnet, outlining the history of the art brut genre and […]

Carla Zaccagnini was sitting on a bench the other day, rummaging through a pile of cash. “I collected money that is no longer in circulation,” she said, looking up from stacks of cellophane-wrapped bills. “So currencies that are dead.” It was five days before the opening of Zaccagnini’s first solo exhibition in the United States, […]