Porsche teamed up with designer and influencer Sean Wotherspoon to create a striking art car. Based on a Taycan 4 Cross Turismo, the one-off is inspired by sneaker design, but reminds us of Volkswagen’s Harlequin designs.

Wotherspoon, who made his name with the Nike Air Max 97/1, in collaboration with Style Porsche (Porsche’s in-house design team) created a car that features color blocking on a panel-by-panel basis. Inspired by “South by Southwest”, each color featured on the exterior is named after members of the artist’s family – featuring Nash Blue, Sean Peach, Loretta Purple and Ashley Green.

The car used is in fact the artist’s personal Taycan 4 Cross Turismo. Virtual reality technology was used to visualize the concept before so-called “paint frogs” (used to test colors) were sprayed with each Pantone reference. Wotherspoon then got to see the colors in person and under various lighting conditions at the Porsche Design Studio before deciding on the final combination.

Inside, the color blocking theme continues, with a combination of materials Wotherspoon uses in his streetwear and classic elements from Porsche’s past. These include corduroy, featured in the Porsche 356 seat centers, and cork. However, incorporating cork was difficult due to the complex shapes of the dashboard, with the team settling for the laminated version of the material. 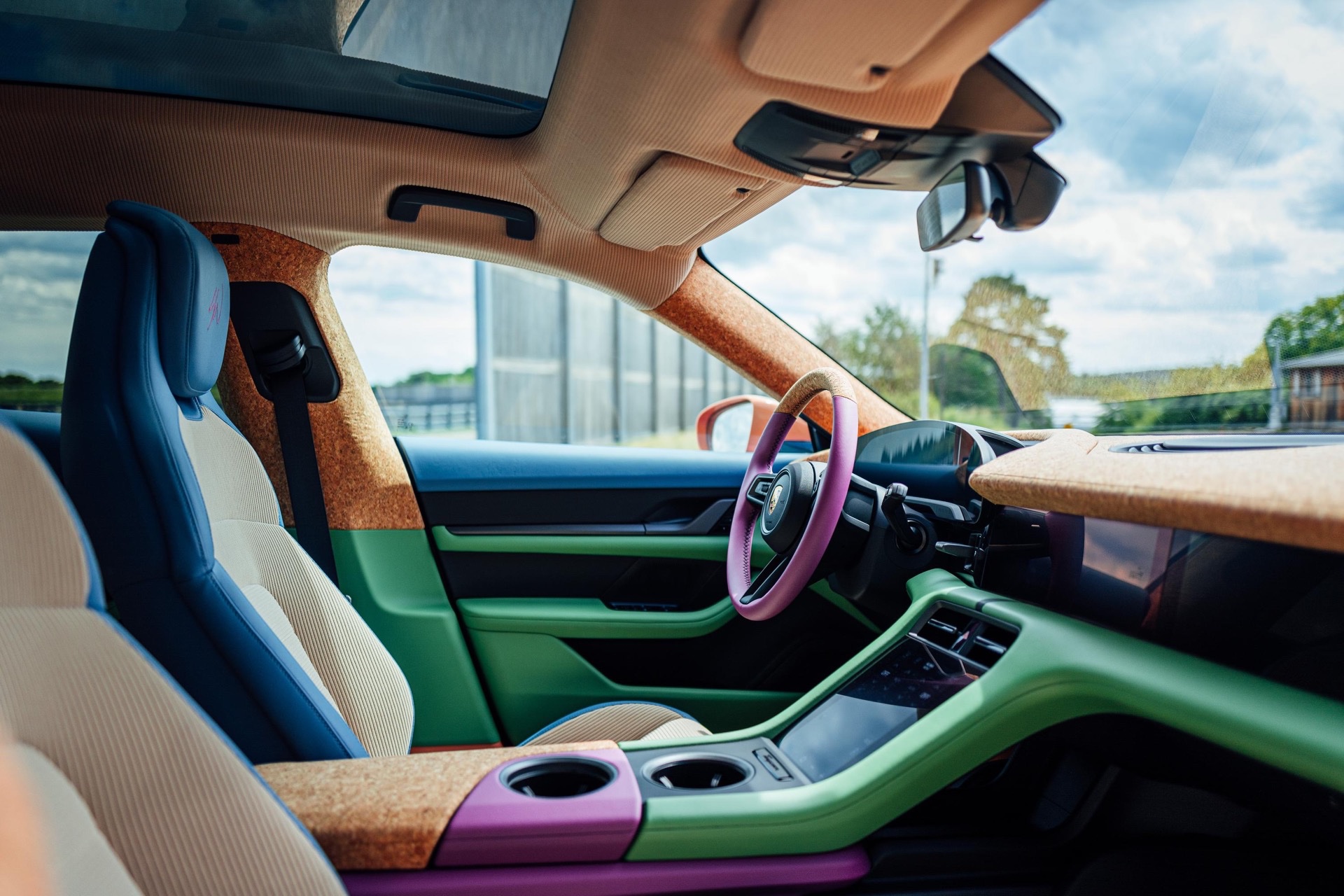 Other elements from Porsche Exclusive Manufaktur include the 21-inch Cross Turismo Design rims and the rear wiper cover – both painted in black (high-gloss finish) – as well as the light strip with Porsche lettering in black.

Porsche says all four colors used on the exterior of the Cross Turismo will be offered to customers in the future. On the other hand, those who want to go all the way and replicate the customization seen can use the Sonderwunsch program from Porsche Exclusive Manufaktur.

Lou Hirshman does Albert C. Barnes. Lou Hirshman March 24, 2022, 12:00 p.m. 💌 Do you like Philly? Sign up for Billy Penn’s free newsletter to get everything you need to know about Philadelphia, every day. Artist Lou Hirshman, a Ukrainian native and Philadelphian who once headed the faculty at Fleisher Art Memorial, was known […]

This book presents the art of India’s later school of miniature painting.

The Nathdwara school of painting, although a melting pot of most Rajasthani schools, emerged with a distinct style and character. This distinction is due to the fact that the artists painted not only as aesthetes but also as devotees, to satisfy their emotional need to please Shrinathji. Their creations are imbued with feelings: no shape, […]

Downstairs Opinions on Meow Wolf’s Denver Settlement by Luke Schmaltz Meow Wolf takes visitors on a converging journey through the multiverse – a confluence of four distinct worlds that collide around the viewer’s senses. Meow Wolf Convergence Station sits at the crossroads of Colfax Avenue and I-25 like a fortress of the extraordinary – a […]